Warning: "continue" targeting switch is equivalent to "break". Did you mean to use "continue 2"? in /homepages/6/d602103611/htdocs/clickandbuilds/CosmicSociety/wp-content/plugins/siteorigin-panels/inc/styles-admin.php on line 390
 Haunted Connecticut! - Cosmic Society of Paranormal Investigation
Skip to content 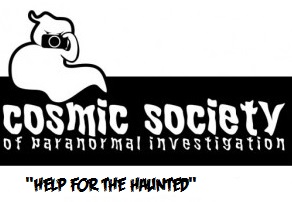 If you know of a haunted location in CT and think it worthy of this list, please email us by clicking here

BETHEL – Bethel High School – Infamously known as “Suicide High” because of an usually high number of suicides associated with the school. Sightings of ghosts in basement and second floor accompanied by cold spots.

BURLINGTON – Green Lady Cemetery – Covey Road – Legend says that the “Green Lady” is a woman known only only as Elisabeth who died next to cemetery in swamp. There is controversy regarding whether her husband would not or could not save her. Witnesses have reported seeing a woman walking on the dirt road surrounded in green mist.

BRISTOL – Church of Eternal Light – Built in late 1800’s (?) by the Sessions family, was one of the three original churches in town. Legend states that former church goer was struck by lightning on front steps of the church. Witnesses have claimed seeing an apparition in the bell tower. High activity location.

– *Lake Compounce Amusement Park – America’s oldest amusement park. Land was Indian grounds and the Chief of a certain tribe drowned in the lake. Reports of ghostly activity in the dressing rooms. Death of a teenager in the recent past add to tension and feelings of anxiety while on park grounds.

2001 another death. Apparently the day had just begun at the park and the rollercoaster operator sent the cars around for the prerequisite “trial run.” He then donned a pair of earmuffs and went on to his dual task of grounds keeping the area. Without ever hearing a thing it seems, the man was stuck and killed by a coaster car that had, for whatever reason (I’m not sure if this was determined officially yet), jumped off the tracks and shot straight towards the man, whose back was turned.

BROOKLYN – Old Trinity Church – Reports of three women apparitions. Rumors of cult activity and strange non-human sightings. The nearby cemetery is said to have strange goings on as well. Two local legends or explanations for the hauntings are, 1. Of a serial killer, Mike Ross, who killed several women, buried them behind the church, then wrote in blood on the church, “I love little girls”. # 2. states of the church being a stop on the underground railroad, but many runaways died in the basement, while waiting to escape.

CORNWALL – *Homestead near covered bridge – Photos of apparition in window.

– *Dudleytown – One of CT’s most haunted locations. Long deserted town was settled in 1600’s and strange deaths, reports of madness and insanity, poor soil and weather conditions did not make the place conducive for prospering. Strong indications of occult activity, numerous reports, photos and video add evidence to this location’s notariety. Remains of old cellar holes and foundations are currently off limits to the public, however the Appalachian Trail, which runs through Dudleytown, is public property open to hikers.

-*Downtown Historic District/Schoolhouse and Historical Society buildings – Mists have been photographed during day and evening hours.

COVENTRY – Hale House – Birthplace of Nathan Hale in 1775. In 1914 George Dudley Seymour purchased the home and turned it into a shrine for his hero, Nathan Hale. Upon the first visit to the home with a friend, the ghost of Deacon Hale (Nathan’s father) was seen looking out of a window. When approaching the window, the specter was seen to glide to the far end of the room and disappear. A former servant Lydia Carpenter has been sighted sweeping the upper hallways and in the kitchen in the early morning hours.
Nathan’s brother Lieutenant Joseph Hale is thought to make clanking noises in the basement. Other family members and caretakers have been nominated candidates as ghosts in this historical home.

DERBY – Direnzo (sp?) Heights – Local realtor claims it is built on an Indian burial ground. Reports include stuff coming out of the walls, scratching and knocking sounds in the walls, etc. Another source states that someone living there was so scared by it that they had a heart attack.

– *Union Cemetery. Thousand of photos, and eye-witness accounts attest to this area’s status of one of CT’s most haunted locations. The “White Lady” has been spotted, run-over, photographed, and some say video-taped. Cemetery and parking area close at dusk, and is strictly enforced by the Easton police department.

EAST HARTFORD – The Huguenot House – Woman in blue seen in home after relocation of the building.

EAST WINDSOR – Pasco’s Restaurant – Staff have experienced basic paranormal activity including cold spots, apports, asports, footsteps, and doors slamming of their own accord.

NEW HAVEN – Albertus Magnus College – Haunted dorms and buildings. A ghostly woman in green and small boy have been sighted.

NEWTOWN – Cyrenius H. Booth Library – Main St. – Public library said to be haunted by Mary Hawley, the daughter of Booth, whom the library was named for. Sightings of shadowy forms, mainly out of one’s peripheral vision, accompanied by psychic impressions could be part of the reason Mary’s former room on the upper floor, has been locked off to the public since an addition was constructed to the building. (?)

– *Lockwood Mathews Mansion & Cemetery – Currently adjacent to the Norwalk Police Station. This building was the site of the filming of the “House of Dark Shadows” movie in the early 70’s. Photographs of globules and mists by Donna Kent have mysteriously vanished. Cemetery is located next to train tracks in high crime/gang area. Investigators beware.

– *Riverside Cemetery – Definite signs of occult activity, feelings of being lost, globule photographs, sightings of a woman forlornly pointing, and decades of tales of “The Soldier” statue changing positions, keep the activity level high in this location.

– *Wooster Homestead – formerly Carousel Garden’s Restaurant. New Name – Candlelight Restaurant – North St. – Supposedly haunted by Ruth Wooster, and brother Horace who lived in the home together not speaking to each other for over 15 years. High activity, innumerable photographs, sighting and reports of ghostly happenings by owners, staff, patrons, investigators and psychics. Irresponsible activity such as Ouija board use and psychomanteum practices add to the spirits occupying this space.

SHELTON – Indian Wells State Park – off route 110 – Speculation as to who the “White Lady” seen here is; some say a bride who fell to her death, others claim she is an Indian princess who killed herself by throwing herself off the cliff, after news of her lover’s demise, yet others say it is the ghost or ghosts of
children killed while playing cards on the train tracks in the 1930s,which run through the area.

SIMSBURY – The Chart House Restaurant – patrons report light activity, however a well known psychic and associate of Cosmic Society discerned a negative entity at the place brought in by adultery and other unsavory yet conducive activity and conditions existing amongst the staff and some patrons.

– *Stepney Cemetery – A second “haunting ground” for the “White Lady” of Union Cemetery, her image is often seen in or between the two locations. The “Our Lady of the Rosary Church” is located adjacent to the cemetery and is the site of many present day exorcisms by Father McKenna.

– *Boothe Park, Homestead & Cemetery – see cosmicsociety.com for full information. Thought to be haunted by Mr. Boothe, patriarch of the Boothe family, Mrs. Boothe, and at least one of their sons. A girl with white nightgown has been seen and many paranormal (as well as ordinary, but unsavory) occurrences have occurred on this piece of land which is listed on the National Register of Historic Places.

– *Shakespeare Theatre aka Stratford Festival Theatre – Elm Street – see cosmicsociety.com for more information. There is a sense of being watched, weird occurrences such as electronic equipment malfunctioning while on the grounds, etc. Many psychic photographs have been obtained on the property. Murder, death, and rape have been reported to have occurred here adding those elements into the mix.

-*Hair Performance Salon (closed) – Huntington Road – Electronic devices seem to have a life of their own, cold spots, sightings of sparkly lights, and a child’s handprints were my own personal observations while having a haircut (!) The owners escorted my down to the basement where I accurately pinpointed areas of activity.

SUFFIELD – Kent House – reports of lights and shadowy apparitions in the homestead and carriage house.

-*Long Hill Burial Ground – Off of Churchill Rd. – Psychic photos and a bit of confusion over burial records/plots.

WALLINGFORD – Whirlwind Road – Story goes that a jilted bride committed suicide by drowning. Much like the country-wide “Hitchhiking Hattie” tales, this ghostly woman flags down unsuspecting motorists, who give her a lift only to find she’s vanished minutes later, or she’ll be seen walking and disappear.

WESTBROOK – Talcott House – Old Bed and Breakfast Inn located on the shore. Previous innkeeper
claims activity such as old ragtime music in the vents, piano playing by itself, and rooms being untidy with bedcloths messed up, etc. The original homeowner died in a fire under suspicious circumstances. The dwelling recently caught fire again during renovation.